A peace above all earthly dignities, a still and quiet conscience.

Henry VIII, a collaborative play between Shakespeare and John Fletcher, is famous for one thing above all else: during a performance on 29 June 1613 of a play called All is True a cannon fired on the stage ignited the thatched roof of the original Globe, and the theatre burned to the ground. That play has been identified as Henry VII, which name is given to it in the First Folio.

It is also known for its stage directions – Shakespeare as a general sort of rule didn’t offer much in terms of advice on how his plays were supposed to be staged, so presumably these are from Fletcher’s hand. The play, written and premiered during the reign of King James VI and I *, tells about the political machinations behind the most important events of Henry VIII’s reign – his separation from Katherine of Aragon, the break from the Catholic church, his marriage to Anne Boleyn and the birth of Princess Elizabeth (later Queen Elizabeth I). The great historical figures of the period, from Cranmer to Wolsey, are all either there or mentioned, and the infant Elizabeth is predicted to become a great ruler one day (oh the power of hindsight! – at the time, birth of another daughter would have been more disappointment than a cause for celebration). The same events have been accounted recently in the TV series The Tudors, in Hilary Mantel’s novels and the play and TV series based on them, and in countless documentaries.

*James was the 6th king of Scotland and 1st king of England by that name, and the first Stuart king of England; he was the cousin of Elizabeth I and her only heir, succeeding her to the throne and uniting England and Scotland.

The plot follows few of the main players of these events – the Cardinal Wolsey and his eventual fall from grace; Katherine of Aragon who is trying and failing to hold on to her position while her husband’s attention has already shifted to Anne Boleyn; Anne herself who is crowned Queen and gives birth to the future monarch.

The Duke of Buckingham is fiercely critical of the influence the Cardinal Wolsey has over the King; in retaliation the cardinal has him arrested for treason. Wolsey may be powerful, but he is opposed by the queen, Katherine, who calls him out on abuses of his power.  Or before long, Wolsey is shown to be moving against Katherine (the king may buy his BS, but she won’t). The Queen goes on trial; when she accuses Wolsey of working against her, the king explains his own “growing concerns” over the legitimacy of the marriage – Katherine had been the widow of his older brother who had died before ascending to the throne. This perceived moral wrong is seen as the cause for the royal couple failing to produce a male heir during the 20-odd years of marriage (and hinted as the cause of the King’s nervousness of Buckingham, the next-in-line should Henry die without legitimate heir).

Wolsey props up his own power by supporting Henry in this, but he hasn’t taken into account the king’s growing infatuation with Katherine’s lady-in-waiting, one Anne Boleyn, or indeed the other courtiers who share Buckingham’s distaste for Wolsey’s power-hungry ways.

The annulment of the King’s marriage to Katherine is not progressing. The courtiers have intercepted some letters from Wolsey to the Pope, which reveal the cardinal’s double cross: while appearing to support the king, he has objected to the impending divorce in these letters. Wolsey falls out of royal favour, and is banished to York. His former protege Cranmer rises into prominence. Off stage, Henry has married Anne and her coronation procession crosses the stage. Queen Katherine dies. As the play closes, Anne has ended birth to a daughter, who is lavishly celebrated as the future monarch, Elizabeth I. 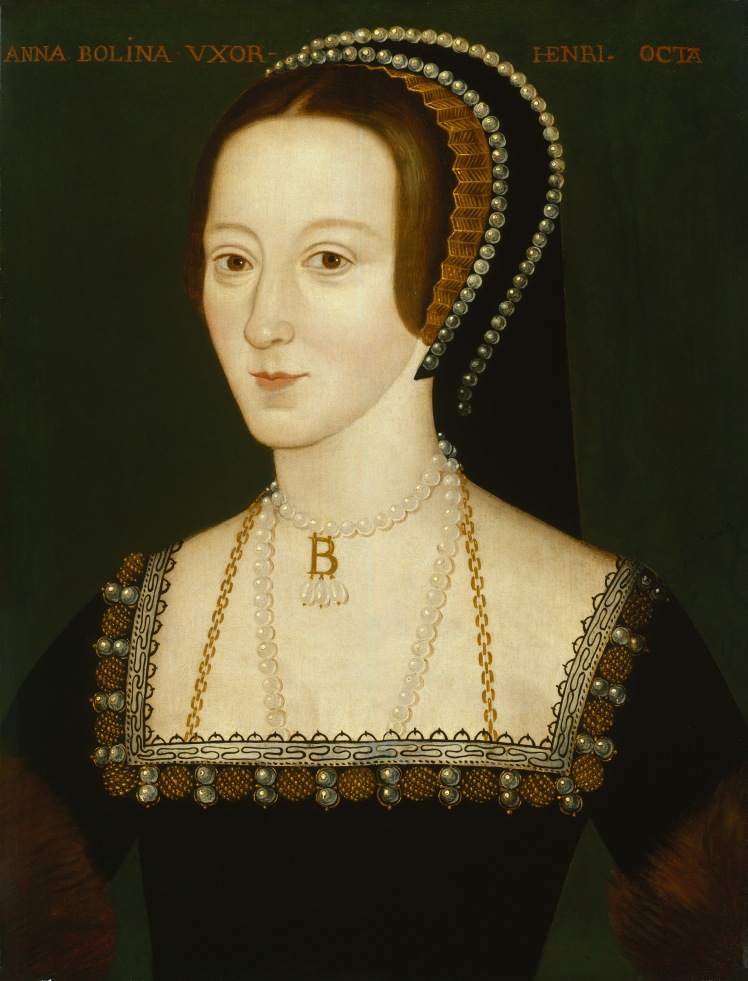 Unsurprisingly, much of this play sounds like a pastiche; someone writing in Shakespeare’s style rather than an original play by him. Shakespeare was accepted as the sole author until 1850 when author James Spedding concluded that based on the style of the language and certain mannerisms of the text, much of the text was actually written by Fletcher. If this theory was originally unpopular, it is now accepted without argument; attributed to Shakespeare now are Act I, scenes i & ii, Act II, iii & iv, part of scene ii in Act III and Act V, i. None of the resources I had in hand explained or speculated the conditions of this play’s writing, suggesting that there’s perhaps no concensus on who originated and who completed the play. If I’m allowed some artistic license, my guess would be that the original author was Fletcher who, feeling stuck, took his text to his old mate Will who jazzed it up a bit. Why? Because I can’t quite imagine Shakespeare taking up this particular subject following his final plays; as a play this doesn’t have the feel or poignancy of the earlier histories.

It has the potential to be fairly entertaining on stage, but if read after The Tempest (my Oxford Shakespeare has the plays in chronological order) it feels quite modest.

Until he was  stripped of all his political powers and abolished from the court, Wolsey had never been to York, where he was the archbishop. He had two children with his mistress Joan Larke – like much of the Catholic clergy, including many popes, he wasn’t a stickler to the wows of chastity. Wolsey is also an old boy of the school where I work; we lunch under a slightly underwhelming copy of his famous portrait every day.

It seems that Henry VIII’s story begins proper in the moment he slaps his eyes on Anne Boleyn, and is more often than not seen through the eyes of others, and this play is not an exception. Henry is a fairly unremarkable character in a whole cast of fairly unremarkable characters. If a choice must be made, I’ll pick Buckingham and Katherine as my favourites; one goes nobly to his death, the other puts up a good fight.

The best speech written by Shakespeare is Katherine’s defence in Act 2, scene iv where she passionately fights for her position. The best speech written by Fletcher is Buckinham’s farewell following his conviction in Act 2, scene ii. But the best bits are the detailed directions explaining how such key scenes are Katherine’s trial and Anne’s coronation procession are to be staged.

Trumpets, sennet, and cornets. Enter two Vergers, with short silver wands; next them, two Scribes, in the habit of doctors; after them, CANTERBURY alone; after him, LINCOLN, Ely, Rochester, and Saint Asaph; next them, with some small distance, follows a Gentleman bearing the purse, with the great seal, and a cardinal’s hat; then two Priests, bearing each a silver cross; then a Gentleman-usher bare-headed, accompanied with a Sergeant-at-arms bearing a silver mace; then two Gentlemen bearing two great silver pillars; after them, side by side, Cardinal Wolsey and Cardinal Campeius; two Noblemen with the sword and mace. KING HENRY VIII takes place under the cloth of state; Cardinal Wolsey and Cardinal Campeius sit under him as judges. Queen Katherine takes place some distance from King Henry VIII. The Bishops place themselves on each side the court, in manner of a consistory; below them, the Scribes. The Lords sit next the Bishops. The rest of the Attendants stand in convenient order about the stage.

The trumpets sound: stand close, the queen is coming.

The order of the coronation
1. A lively flourish of Trumpets.
2. Then, two Judges.
3. Lord Chancellor, with the purse and mace
before him.
4. Choristers, singing.

5. Mayor of London, bearing the mace. Then
Garter, in his coat of arms, and on his
head a gilt copper crown.
6. Marquess Dorset, bearing a sceptre of gold,
on his head a demi-coronal of gold. With
him, Surrey, bearing the rod of silver with
the dove, crowned with an earl’s coronet.
Collars of SS.
7. Suffolk, in his robe of estate, his coronet
on his head, bearing a long white wand, as
high-steward. With him, NORFOLK, with the
rod of marshalship, a coronet on his head.
Collars of SS.
8. A canopy borne by four of the Cinque-ports;
under it, Queen Anne in her robe; in her hair
richly adorned with pearl, crowned. On each
side her, the Bishops of London and
Winchester.
9. The old Duchess of Norfolk, in a coronal of
gold, wrought with flowers, bearing Queen Anne’s train.
10. Certain Ladies or Countesses, with plain
circlets of gold without flowers.

They pass over the stage in order and state

Globe production from 2012. It has all the pomp of warranted by the play, following the stage directions faithfully and even making the king play real tennis. Dominic Rowan is Henry VII, Ian McNeice is an appropriate Wolsey, Miranda Raison a pretty Anne Boleyn and Kate Duchene has an impressive comedy accent as Katherine (more Russian than Spanish if you ask me), while Anthony Howell is rather sympathetic as a noble Buckingham.