And what’s he then that says I play the villain?

Ah Othello. In many ways, this is one of the most problematic of Shakespeare’s plays, especially for the modern audiences and directors – a tale about race, otherness, jealousy, spousal violence, with one of the most villainous villains in all of Shakespeare, and a checkered history of performance involving bad accents and blackface. 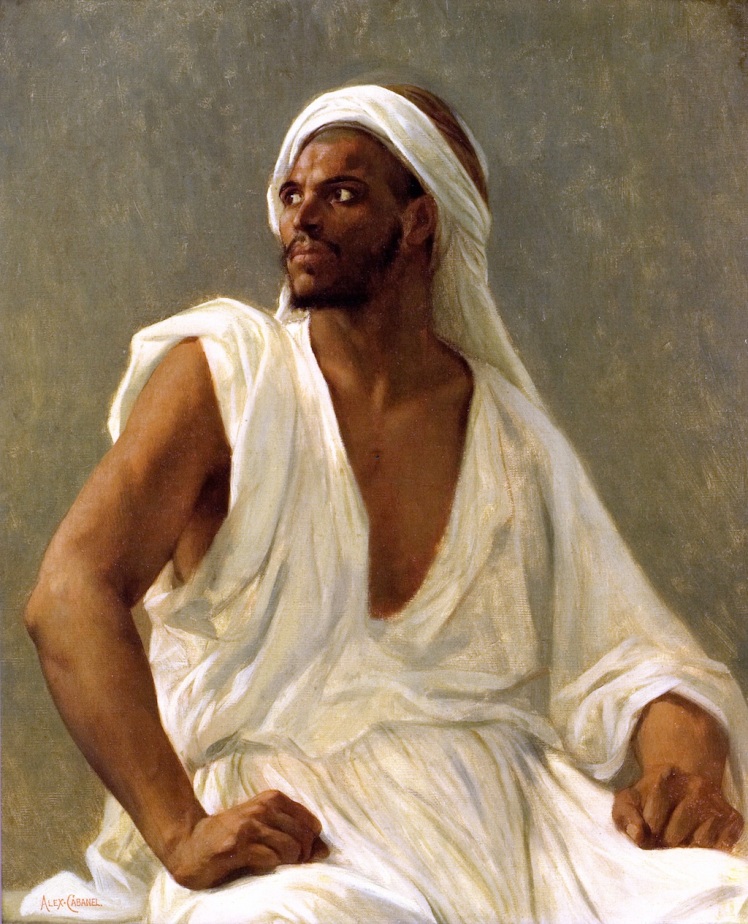 Othello is a general serving the Duke of Venice – a clever, genial man, intelligent, good at his job. As the play opens, he has eloped with Desdemona, the daughter of Brabanzio, a Venetian senator. He has also passed his friend Iago and given a promotion to a younger officer, Cassio. Iago’s anger unleashes a deep-rooted jealousy of Othello – who, despite being a black man, has succeeded where Iago has failed, and he sets on to destroy his friend. Othello is sent to Cyprus to defend it against the Turkish, and Desdemona goes with him. Once they have arrived, and the Turks drowned by a freak storm, Iago gets to work, using the jealousy of Desdemona’s old suitor Roderigo to set him against the hapless Cassio, convincing Roderigo that Desdemona is having an affair with him. When Cassio gets into to trouble in drunken stupour, fighting with Roderigo, Iago persuades him to seek Desdemona’s support, dead set on convincing Othello as well that she is indeed having an affair with Cassio. To “prove” Desdemona’s infidelity, Iago plants a handkerchief given to her by Othello into Cassio’s room, making Othello believe that she has given it to Cassio as a love token. Iago succeeds, through a series of clever manipulations, using Desdemona’s unwitting kindness as his weapon, to make Othello to unravel in a terrifying way, causing him to have a (probably epileptic) fit, abuse his wife in public, and privately call her a whore. Convinced of Desdemona’s guilt, he kills her, and comes to doubt his conviction of her guilt only after her death, when Desdemona’s companion (and Iago’s wife) Emilia confronts him. Iago, realising that Emilia is loyal first to Desdemona, and second to truth, kills her and escapes, only to be dragged back, arrested. Othello tries to kill Iago, but only manages to wound him. When Othello realises the extent to which Iago has abused him and his trust, made him lose the most precious thing in his life, he kills himself. Iago offers no explanation to his actions; in fact, he swears himself to silence forever:

Demand me nothing: what you know, you know:
From this time forth I never will speak word.

Of course, he doesn’t have to explain his motives to us, as he has already done it at the end of Act 1:

I hate the Moor. 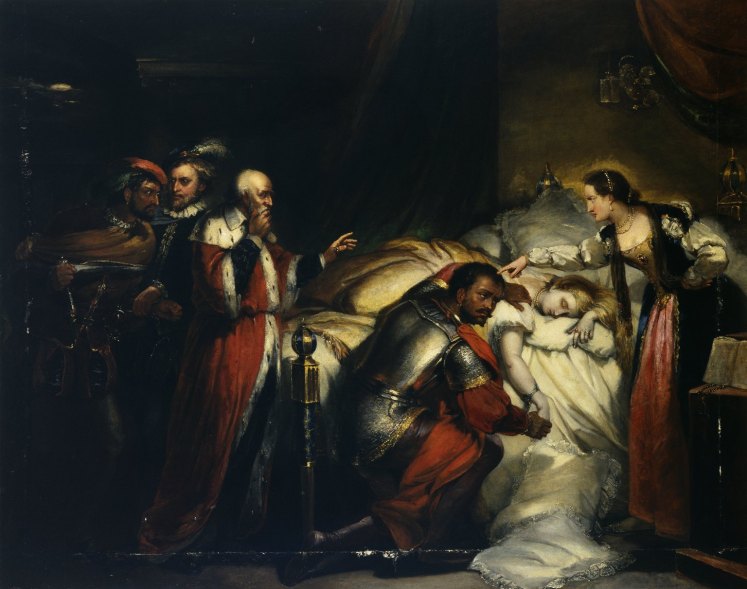 Othello is a poet and a romantic, a brave and brilliant man, a soldier, someone described as “noble”, which is a clever choice of word – what is the opposite of noble in this sense? That’s right, savage. Shakespeare subtly shows how by describing Othello that way, people think him something of an exception. Someone who exceeds expectations. An unexpectedly accomplished savage, condescendingly praised for being such a noble creature. He may be admired, but no accepted. It is relevant in that context that throughout the years (centuries) it has been felt necessary to debate just how black is Othello – must he be black, or would sort of “Mediterranean” be dark enough? – revealing how problematic our relationship with race (and interracial relationships) has been and still is. It is notable that up until 1980s/90s Othello was routinely played by a white actor, in a variety of disguises – Laurence Olivier famously performed the role covered in brown makeup, dressed in pseudo-Arabic costume, and using an exotic accent devised by himself – and both directors and actors are still trying to find ways to make a white actor in the role to make sense. While we cannot be entirely certain about what Shakespeare meant by “Moor”, the clues about Othello’s ethnicity seem pretty convincing to me. He was black. Get over it.

Iago is the opposite of Othello; he’s a small man, an insignificant man, someone lacking the skill to raise above his situation and rank, and his only talent is manipulation. He manipulates Roderigo, he manipulates Brabanzio, he manipulates Cassio, and most of all he manipulates Othello – their first scene together follows a scene in which he has vented out his anger about being bypassed for promotion and betrays Othello to Desdemona’s father, but to Othello’s face he’s sweetly groveling. Othello trusts Iago unconditionally, loves him as a friend, and therefore is blind to his manipulations, making the extent of his betrayal all the more horrible.

The Moor is of a free and open nature,
That thinks men honest that but seem to be so,
And will as tenderly be led by the nose

In these mature plays, Shakespeare often talks about sex – Hamlet is horrified that his mother is having some, Isabella is horrified that anyone is having any, and in Othello, Iago uses the horrifying thought of the pure, virginal, and whitest of white (the only brunette actress as Desdemona I can think of on top of my head is Penelope Wilton) Desdemona having sex (willingly) with the black man to his advantage. It is outrageous idea, especially to a father who has also found her other suitor, the loaf-of-white-bread Roderigo, lacking in character as well. It is also almost the only really interesting thing about Desdemona – this otherwise a bit dull, sweet creature has fallen passionately in love with a (probably somewhat older) black man when that really, really was not the done thing. She is the innocent victim of other people’s drama, unwitting of her role in Iago’s plans. 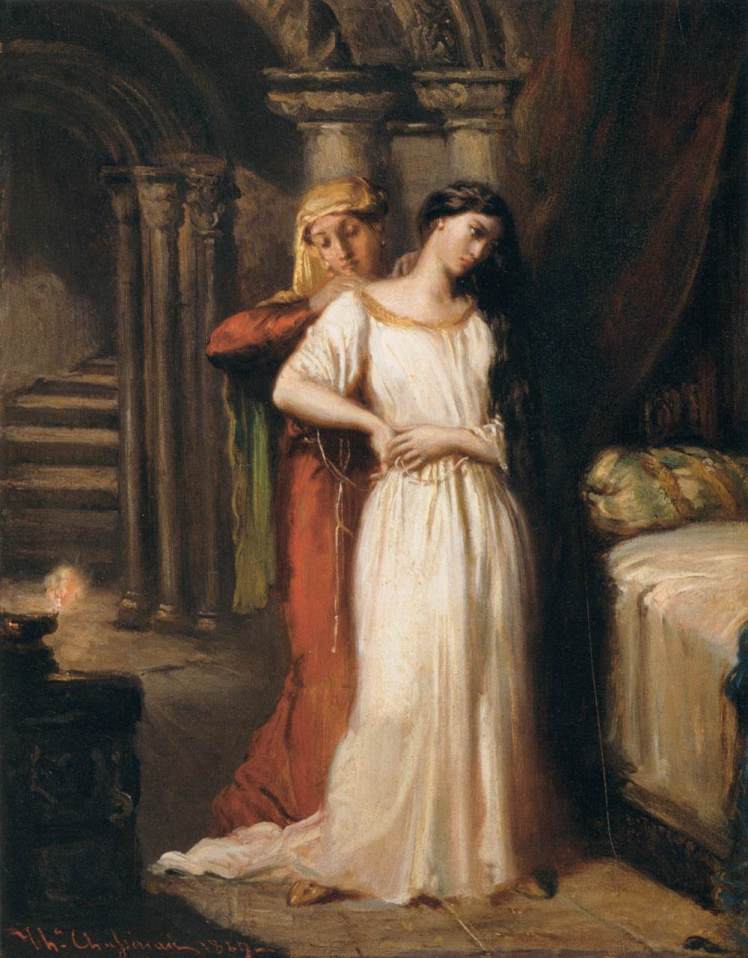 I confess to Othello being one of my favourites, despite all its potential pitfalls. It’s action driven, entertaining, and acutely topical.

Othello is called “the Moor”; this term is used today to refer to the Muslims living in the modern-day Spain, Sicily and Malta during the Middle Ages. Cordoba, Granada, Malaga and Seville are the famous Moorish towns in Spain, the Islamic/Arabic influences still visible. The term Moor is however “ethnographically useless”; no group self-identified as such, and as a civilisation they left behind neither pictures nor written records of themselves. It is known that they came to Spain from northern Africa, but we don’t know what exact race they were.

We are victims of the “green-eyed monster” (jealousy) and “wear our hearts in our sleeve” because of Othello. This play is full of snappy dialogue and has a few speeches, just none of them definitive. I picked this Act 3, scene 3 speech by Othello (before his mind has been poisoned by Iago) as my favourite:

Why, why is this?
Think’st thou I’ld make a lie of jealousy,
To follow still the changes of the moon
With fresh suspicions? No; to be once in doubt
Is once to be resolved: exchange me for a goat,
When I shall turn the business of my soul
To such exsufflicate and blown surmises,
Matching thy inference. ‘Tis not to make me jealous
To say my wife is fair, feeds well, loves company,
Is free of speech, sings, plays and dances well;
Where virtue is, these are more virtuous:
Nor from mine own weak merits will I draw
The smallest fear or doubt of her revolt;
For she had eyes, and chose me. No, Iago;
I’ll see before I doubt; when I doubt, prove;
And on the proof, there is no more but this,–
Away at once with love or jealousy!

I love the line “for she had eyes, and chose me” – Othello is fully aware of how remarkable Desdemona’s choice to marry him is. Without the toxic influence of Iago, one can think that they just might have been happy with each other.

The best character undoubtedly is Iago – an entirely human (and entirely devil) villain, who after choosing his path follows it to the bitter end, becoming increasingly unhinged. But it is impossible to not to like Othello, despite his own fatal flaws. He is meant to be attractive and so he is. Desdemona is perhaps the most sympathetic; she loves her husband, and is bewildered of the situation, terrified of her own inability to change is, and ultimately resigned to her fate. And what about the honest, loyal Emilia?

RSC Live from Stratford-upon-Avon with Lucien Msamati as Iago, Joanna Vanderham as Desdemona and Hugh Quarshie as fabulously sexy Othello. It is what I call period-confused – partly period, partly modern, partly space opera. A black Iago in an otherwise mostly white cast works, as it adds another layer to his motivation – he and Othello are both outsiders, but Othello has succeeded regardless. The Duke is a woman, which also works, oddly enough. Bonus for Brian Protheroe, he of the BBC Television Shakespeare fame, as Brabanzio.