Though I am not naturally honest, I am sometimes so by chance.

The Winter’s Tale is another work hovering somewhere between “late pastoral romance”, comedy and a problem play, having a somewhat problematic structure – the first three acts are a dark, somber tragedy, a portrayal of the madness of King Leontes that results in the deaths of his wife and son. The last two acts then turn the whole thing upside down; as the focus shifts from Leontes to his daughter Perdita, the play becomes a comedy about forbidden love with a bit of magic thrown in. Much has been made of the title of the play – for Shakespeare’s contemporaries “winter’s tale” (other than being in itself a stage direction) would have been kwown as an expression meaning a whimsical tale, told for amusement on a dark winter’s evening, by fire. As a title of the play, it suggests that th audience must decide for themselves how serious Shakespeare as storyteller is being. 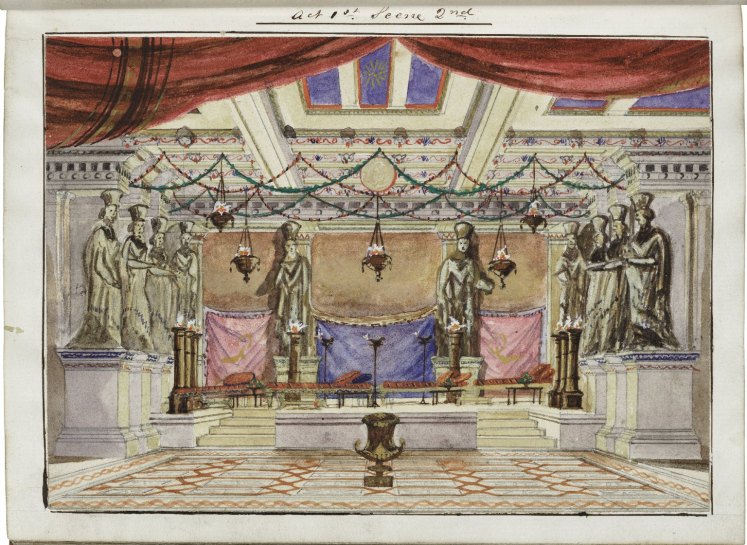 The two kings of Sicily and Bohemia have been BFFs since childhood. Duty has kept them apart for a long time, but for the last nine months the King of Bohemia, Polixenes, has been visiting Sicily. He now wishes to go home, but Leontes, of Sicily, doesn’t want him to go quite yet. Having failed to persuade him, he asks his wife, Hermione, to speak to Polixenes. She has no problem in persuading him at all, and that makes Leontes suspicious – Hermione must be having an affair with Polixenes, and the child she’s carrying must be his. Leontes’ jealousy quickly reaches monstrous proportions. He tasks his courtier Camillo with murdering Polixenes; he can’t do it, and the two flee Sicily. He then imprisons Hermione and sends for the Oracle of Delphi, certain that she will confirm his suspicions. Hermione gives birth in prison, and her friend Paulina takes the child – a girl – to Leontes in hopes that seeing the child would make him relent. He orders both Paulina and the baby to burned to death. When the courtiers refuse, he relents (sort of) and commutes the sentence – Paulina’s husband Antigonus is to abandon the child in a desert outside Sicily. News come that the messengers are returning from Delphi, and Leontes orders Hermione to be publicly tried for adultery and (I guess go big or go home) plotting to kill him. The Oracle has confirmed that Hermione is innocent (and foretold that Leontes shall live without an heir until what he has lost has been brought back), but Leontes dismisses this as false. The trial is interrupted by the news that Leontes’ son and heir, Maximilian, has died, unable to bear his father’s poor treatment of his mother. Hermione collapses and dies off stage. Elsewhere, Antigonus has arrived to a desert on Bohemian coast (to much hilarity to anyone who knows anything about European geography) and abandons the baby there before he “exits, pursued by a bear”.

So far, so tragic. 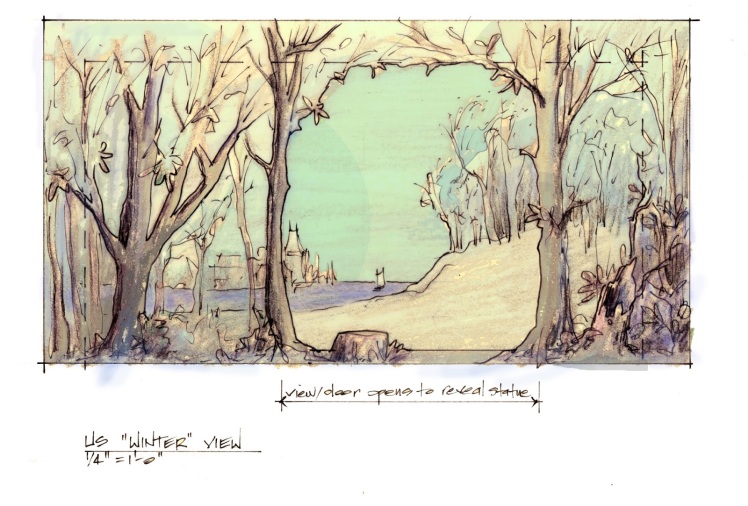 Act 4 begins with The Time itself announcing that 16 years has passed. From here on, the play proceeds as a comedy. Leontes’ daughter, who is called Perdita, has been brought up by the shepherd who found her and is an enchantingly beautiful. lovely girl. So beautiful, in fact, that she is being courted by the son of Polixenes, Prince Florizel (disguised as Doricles, a sheep shearer). The conditions of Perdita’s discovery – abandoned in a desolate beach – suggest that she’s illegitimate (the irony), and consequently not really someone Polixenes can consider a suitable wife for his son. Polixenes threatens to disinherit Florizel and kill the Shepherd if the young lovers don’t agree to separate, but Camillo instructs them to flee to Sicily and present themselves to King Leontes. Leontes is still mourning for Hermione, and although he is without an heir, has decided not to marry without Paulina’s consent. Florizel and Perdita arrive, pursued by Polixenes and all is revealed – Leontes is overjoyed to be reunited by his daughter, the two kings reconciled and the young lovers given blessing. Everyone then goes to Paulina’s house, where she has erected a statue of Hermione; as everyone praises its lifelikeness, the statue comes to life, Hermione returning.

The split nature of this play shouldn’t work, but somehow it does – the thread holding the thing together never breaks, probably because the story itself is ultimately fairly simple, and much of what happens on the stage just dresses it up. Like in many of Shakespeare’s comedies, there are characters like Autolycus who take up a lot of screen time but are so irrelevant that they could be cut without the plot suffering one bit. The tragic horrors of the first half are undermined not just by the comedy of the second, but also by the oracle who declares Leontes a jealous tyrant – the oracle herself is of course not seen, but her proclamation is brought in with such comic pomp that it cannot help but to feel like the storyteller turning to the audience and winking knowingly. Leontes’ jealousy is so feverishly mad, its outcome so completely terrible that it cannot be but a tale told for thrills. The ending is happy, but there’s one discord – while Leontes has repented, and reconciled with his daughter and with his friend Polixenes, and his wife (and mother of his daughter) has been brought back to life, Maximilian remains dead and his death unreconciled.

Th Winter’s Tale has, like all three last plays Shakespeare wrote, a whimsical, wistful feel to it. I can imagine it being presented as a sort of Gothic fairytale on the stage, nothing of it quite appearing real. I feel like anything too bare just cannot do the tale real justice. This play requires bonkers period costumes, big sets, music, dance, lightning effects, acrobats, you name it, it probably fits somewhere. The structure cleverly is such that without cutting text and characters, the play simply cannot be just a tale of Leontes’ jealousy/madness. It frames the story, but isn’t all of it.

I like it a lot, but I think a bad production can take something away from it. This isn’t hugely taxing as a text; the plot is straightforward, as is what little there is in terms of a moral. It has slightly experimental quality to it, and Shakespeare perhaps liked what he was doing here, as The Tempest has similar elements to it.

Although there are no bears in England, and zoos were not really a thing yet in the early 17th century, Shakespeare had almost certainly seen them – bear baiting (you really, really don’t want to know) was a hugely popular blood sport, and there were several bear rings (buildings that looked a lot like the Globe theatre) in London. In the original production, there may even have been a real bear on stage.

I’m going to go with Paulina – cast it right, and the role can be quite magical.

There’s a fair number of good, somber speeches, and the usual amount of innuendo in the “pastoral comedy” part. My favourite passage still has to be the Oracle’s declaration – “dry” and “to the point” don’t begin to describe it:

Hermione is chaste; Polixenes blameless; Camillo a true subject; Leontes
a jealous tyrant; his innocent babe truly begotten; and the king shall live without an heir, if that which is lost be not found.

RSC production from 1999, with Antony Sher as Leontes. Emily Bruni plays both a rather delightful Perdita and a rather insufferable Maximilian, while Alexandra Gilbreath is a bit vulgar Hermione. No bear, just a sheet of fabric representing both the bear and the storm (it’s actually quite cool). The Bohemian part has transferred to film somewhat better than the Sicilian – Sher’s acting doesn’t quite fit on the screen.