Twelfth Night is – would you believe it? – Shakespeare’s last true comedy. The later comedic plays tend to be described as “problem plays” – although they traditionall are grouped with the comedies, they tend to have elements that make them hard to classify as purely such. Twelfth Nihgt has the usual elements of a Shakespeare comedy – the cross-dressing girl, the mistaken/concealed identities, the girl falling in love with another girl (who’s disguised as a boy), the slapsticky subplot about servants. There’s also a love triangle, which is resolved in a manner that is not entirely comfortable, and a practical joke that turns rather dark. 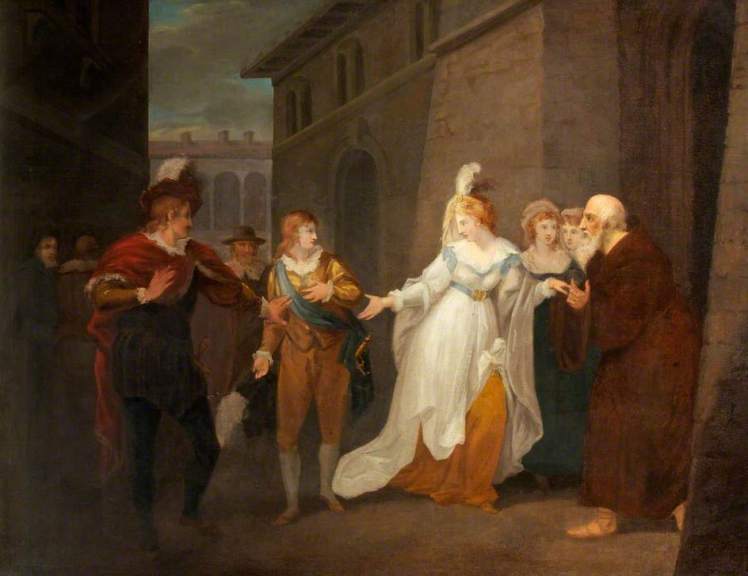 The play is set in Illyria, an ancient country located roughly on what used to be Yugoslavia. This country is ruled by Duke Orsino, who is in love with Olivia, who is in mourning of her father. The heroine, Viola, arrives in Illyria after a shipwreck which may or may not have killed her twin brother, Sebastian. Alone but for the captain of the ship, what is a woman to do? – she dresses up as a man (Cesario) and seeks to become a servant to the Duke. The Duke sends Cesario to woo Olivia on his behalf, as she won’t see him, and of course she falls in love with the beautiful boy that is Cesario. Inevitably, Viola’s twin brother Sebastian, who is indeed alive, comes to Illyria, and is mistaken for Cesario to his confusion. He meets Olivia, falls in love with her, and agrees to marry her pretty much on the spot. The meeting of Sebastian and Viola – their likeness a source of much confusion, wonder and amazement – clears out the plot; Sebastian and Olivia stay married, and Orsino decides to swear off the folly of loving a woman so passionately, and to marry Viola (to whom he may or may not be attracted as a boy).

Boy, thou hast said to me a thousand times
Thou never shouldst love woman like to me.

There’s perhaps a slightly unease feeling here that Viola is the loser in this story – she’s the heroine, she is clever and resourceful, she has worked well for everyone, and while Orsino sees the value of her capabilities, he doesn’t return her feelings, nor acknowledge them. Although he swears off the passionate love he felt for Olivia, who is to say he isn’t to feel it for whoever comes next? Viola may have got her heart’s desire, but I’m not sure she will be happy with it.

The secondary plot concerns Olivia’s self-important servant Malvolio. No one likes him, and so Olivia’s uncle, his mate Sir Andrew and various servants all engage in a plot to humiliate him. They convince him that Olivia is in love with him by sending him a letter “by her”, asking him to wear yellow socks with cross garters, be rude to other servants and constantly smile in Olivia’s presence. She is naturally alarmed, and leaves the servants to deal with him. Pretending that he’s gone mad, they lock him in a dark cellar, from where he’s not released until in the end, when the plot is revealed to Olivia, who is mostly indifferent to it. While plotting, Sir Toby, Olivia’s uncle, has fallen in love with her gentlewoman Maria (seriously, of the relationships in this play this is by far the most realistic) and married her.

Twelfth Night almost reads to me like the “greatest hits” of Shakespeare comedies. There’s the cross-dressing girl, familiar from Two gentlemen of Verona, As you like it and The merchant of Venice. There are twins, separated in a shipwreck, arriving in a strange shores, and mistaken for one another to much confusion, all elementary plot points in The comedy of errors. There’s a woman falling in love with the heroine in her disguise, and a love triangle partly arising from this mistake, just like in As you like it. In all these comedies, “becoming” a man gives the women privileges that they wouldn’t otherwise have – they can travel safely, have jobs appropriate of their gently manner and standing (the working women of the time tend to be inn keepers and such, while gentlewomen mostly had no place outside the domestic sphere), speak up in society like Portia and generally be their own men, so to speak. The degree to which these women convince those around them of their masculinity in a way is perhaps Shakespeare’s way of expressing that given the chance by society, women aren’t essentially different from men in what they are capable of. It is also notable that women like Julia, Rosalind and Viola are paired with men who are rather dumb in comparison – Proteus, Orlando and Orsino are all foolishly in love (though only Orlando with the cross-dressing heroine) for example, while these women take a much more sensible, pragmatic approach to love.

It is considered one of Shakespeare’s best comedies, but perhaps doesn’t have quite the same sparkle as As you Like It.

The Hollywood teen movie She’s The Man is based on Twelfth Night. This play is also referenced in Shakespeare in Love, in which Queen Elizabeth I asks Shakespeare after the performance of Romeo and Juliet to write a comedy next, “for the Twelfth night”, and his love interest Viola de Lesseps is then shown being the sole survivor of a ship wreck off the coast of Virginia.

My favourite passage from this play is the song Come away death sung in the play by Feste the clown. Here’s Ian Bostridge singing it:

Come away, come away, Death,
And in sad cypress let me be laid;
Fly away, fly away, breath,
I am slain by a fair cruel maid.
My shroud of white stuck all with yew, O prepare it!
My part of death no one so true did share it.

Not a flower, not a flower sweet,
On my black coffin let there be strewn:
Not a friend, not a friend greet
My poor corpse, where my bones shall be thrown.
A thousand thousand sighs to save, lay me O where
Sad true lover never find my grave, to weep there!.

It’s a tough call. My favourite is (and I’m being weird here) probably Fest the melancholy clown, but I like Viola, and – from time to time – Olivia too. The character best written is probably though Malvolio, one of the big, plum comedic roles in all of Shakespeare.

Globe on Screen all male actors version, with Stephen Fry as Malvolio and Mark Rylance (obviously) as Olivia. It is very Shakespeare As It Was, though the costumes are probably fancier than anything that the Lord Chamberlain’s Men ever wore. 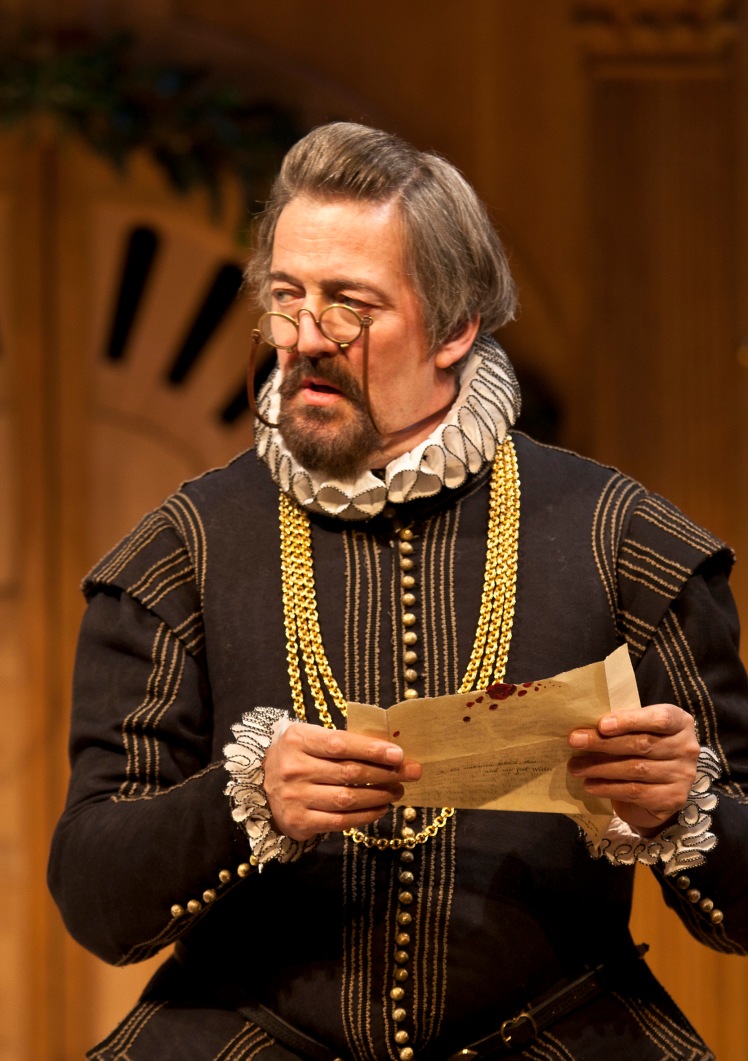