Were’t not for laughing, I should pity him

Henry Bolingbroke, who seized the throne from Richard II and unwittingly got him assassinated, is not enjoying himself. He suffers from guilty conscience because of Richard’s death, and unrest in the Scottish and Welsh borders is preventing him from going on the crusade he has promised. Closer to home, his son Prince Hal is partying with some shady people around London, causing his father shame and distress. This is the second play in the second tetralogy, covering events from Battle of Humbleton to the Battle of Shrewsbury. The history plays by their nature show the various characters’ growth into the role they were born to fill, so to speak, and just as Richard II was as much about Henry Bolingbroke’s road to the throne as it was about the titular monarch, is 1 Henry IV about Hal’s growth into King Henry V.

Mortimer, Henry’s supporter, has been taken as prisoner by the Welsh rebels. The King enrages Northumberland’s son Henry Hotspur by refusing to pay Mortimer’s ransom, and so Hotspur – who has previously won the King’s admiration for defeating the Scots – turns against him, together with his father and his uncle Worcester. There’s an element of paranoia to Henry’s dealings with his Lords; he banishes Worcester because he sees “danger and disobedience” in is eye, and refuses to pay Mortimer’s ransom because he is convinced that he’s a traitor. His general manner of dealing with the lords is shown as causing them to turn against him.

While Henry IV is trying to deal with rebellion, real and imaginary, Hal is hanging out with Sir John Falstaff; Falstaff is a fat, coldly jolly, vain and essentially immoral figure sponging off Hal and various petty lowlifes in London’s gutters. Hal is an angry young man, but Shakespeare gives us a sense that he – like to many of the “antiheroes” in his plays – is merely fulfilling the expectations of others; his father’s disapproval drives his poor behaviour.

I know you all, and will awhile uphold
The unyoked humour of your idleness:
Yet herein will I imitate the sun,
Who doth permit the base contagious clouds
To smother up his beauty from the world,
That, when he please again to be himself,
Being wanted, he may be more wonder’d at,
By breaking through the foul and ugly mists
Of vapours that did seem to strangle him.
If all the year were playing holidays,
To sport would be as tedious as to work;
But when they seldom come, they wish’d for come,
And nothing pleaseth but rare accidents.
So, when this loose behavior I throw off
And pay the debt I never promised,
By how much better than my word I am,
By so much shall I falsify men’s hopes;
And like bright metal on a sullen ground,
My reformation, glittering o’er my fault,
Shall show more goodly and attract more eyes
Than that which hath no foil to set it off.
I’ll so offend, to make offence a skill;
Redeeming time when men think least I will.

Yet, the bell tolls and Hal cannot but to hear it; news come of Hotspur’s rebellion, and Hal knows that his merry times are drawing to an end. In the pub, Hal and Falstaff act out a scene of what will happen when the King summons Hal to the court; it is through this enactment that Hal sees himself and the company he has chosen to keep clearly, though not necessarily in the obvious way – I guess you could say that in the middle of it all, he looks around himself and thinks “what the fuck am I actually doing here?” 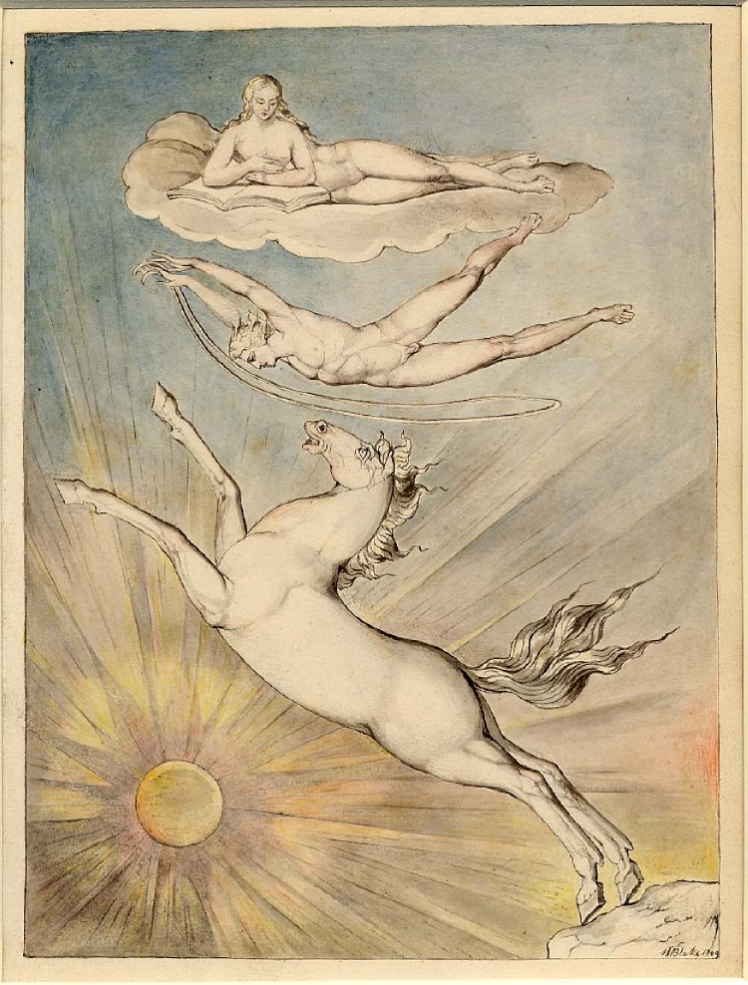 Rising to meet his destiny, Hal returns to the court, and gets a bollocking from his father. In the cold light of day, he accepts the King’s words as true, and promises to prove himself as worthy as Hotspur. The father and son reconcile, and the King puts Hal in charge of the army that will fight the Percy rebellion. In Wales, Hotspur, Worcester and Mortimer join forces with Glyndwr; the war has become inevitable. Before making his way to the battle, Hal asks – in a show of remarkable lack of judgement – Falstaff to join him; true to himself, Falstaff will sell 150 men, accept bribes, keep himself away from the battle, be a general nuisance, and finally pretend that (spoiler) he killed Hotspur before the day is over. Setbacks such as his father’s illness and the weakness of Glyndwr’s army do nothing to deter Hotspur – the King sends his messenger to meet him, and he spells out his grievances. His father, Northumberland, stood by the King when he seized the power from Richard II; the King has rewarded their loyalty with distrust and ingratitude. The rebels spurn the King’s offers of clemency, and the battle commences. Hotspur finds the King, as just as he’s about to kill him, Hal comes to his father’s defense, killing Hotspur in close combat. The King has, with the help of his son, seen off the first Percy rebellion.

Shakespeare makes the King’s failure to pay ransom on Mortimer the main reason for the Percys’ rebellion; in reality the reasons behind their rebellion were more complex than that, Harry Hotspur seeing the King as mean and disloyal, withdrawing his support when it was most needed. Shakespeare uses the not-entirely-historically-accurate portrayal of Hotspur really to set off Prince Hal – the King wishes at the beginning of the play that

That some night-tripping fairy had exchanged
In cradle-clothes our children where they lay,
And call’d mine Percy, his Plantagenet!
Then would I have his Harry, and he mine.

Hotspur, despite his short temper, at times foul mouth and violent manner (his scene with his wife does not put him in good light) and generally one-dimensional character is considered the good, virtuous son, while Hal, who is much more complex, contemplative, self-aware, is almost an antagonist. Traditionally Hotspur and Falstaff were considered the star characters, but in the last hundred years the focus has shifted and Hal’s coming-of-age has become the central narrative, the purpose, of the play. The real Henry, later King Henry V, was involved in matters of war and politics from young age, and his disputes with his father were political only; it feels that Shakespeare uses this narrative of a frivolous young man, spending/wasting his time with the likes of Falstaff, to further emphasise the pious heroism of Henry V in the final play of the tetralogy. The casting off of Falstaff as his friend and ally is really symbolic of the change Prince Hal goes through; he sees his old ways in clear eyes and chooses to walk away, proving his early belief that he is indeed nothing like them men he has chosen to spend time with. He grows into a man loyal to his father, a worthy son.

There have been several pubs called Boar’s Head Inn in London, including the one mentioned in the play and located in Eastcheap. The Eastcheap one probably didn’t exist in Shakespeare’s time, but there was a Boar’s Head Inn in Southwark, owned by one Sir John Fastolf.

This is an eloquent play; there are lots of speeches that much better than they need to be. I like Hal’s soliloquy in Act 1, scene ii, but my favourite is probably Hotspur’s description of the fragrant lord he met while fighting in Scotland. It’s pointless, but fun:

When I was dry with rage and extreme toil,
Breathless and faint, leaning upon my sword,
Came there a certain lord, neat, and trimly dress’d,
Fresh as a bridegroom; and his chin new reap’d
Show’d like a stubble-land at harvest-home;
He was perfumed like a milliner;
And ‘twixt his finger and his thumb he held
A pouncet-box, which ever and anon
He gave his nose and took’t away again;
Who therewith angry, when it next came there,
Took it in snuff; and still he smiled and talk’d,
And as the soldiers bore dead bodies by,
He call’d them untaught knaves, unmannerly,
To bring a slovenly unhandsome corse
Betwixt the wind and his nobility.
With many holiday and lady terms
He question’d me; amongst the rest, demanded
My prisoners in your majesty’s behalf.
I then, all smarting with my wounds being cold,
To be so pester’d with a popinjay,
Out of my grief and my impatience,
Answer’d neglectingly I know not what,
He should or he should not; for he made me mad
To see him shine so brisk and smell so sweet
And talk so like a waiting-gentlewoman
Of guns and drums and wounds,–God save the mark!–
And telling me the sovereign’st thing on earth
Was parmaceti for an inward bruise;
And that it was great pity, so it was,
This villanous salt-petre should be digg’d
Out of the bowels of the harmless earth,
Which many a good tall fellow had destroy’d
So cowardly; and but for these vile guns,
He would himself have been a soldier.

“Homo is a common name to all men”, as they say elsewhere in the play.

Prince Hal. This is really a play about him, and he is shown as a complex character at odds with his father, his world, and with the role he is expected to fulfill.

The BBC Hollow Crown original cycle. Henry IV is played by Jeremy Irons, Prince Hal by Tom Hiddleston, Hotspur by Joe Armstrong and his father by Armstrong’s real father Alun Armstrong, with the great Shakespeare actor Simon Russell Beale as Falstaff (nevermind which role he takes, it’s the one he was born to play), and Downton’s Michelle Dockery as Kate Percy – if Hollywood doesn’t swallow her, she has all the potential to be a great Shakespeare actor too methinks. It makes some minor cuts to the text, but doesn’t change much of the play. Production values are typically great, and there are some big-name actors even in smaller roles.