What surety of the world, what hope, what stay,
When this was now a king and now is clay?

King John is something of an oddity among Shakespeare’s history plays. Like the much later Henry VIII, it is a standalone work rather than part of a cycle. It is written entirely in verse.  The play also leaves out the only really remarkable thing that is known of the reign of King John – the Magna Carta and the events leading up to it. Among Shakespeare’s works, this is one of the least performed – the last Broadway adaptation is from over hundred years ago – though the 800 anniversary of the Magna Carta saw a flurry of new stagings in 2015. 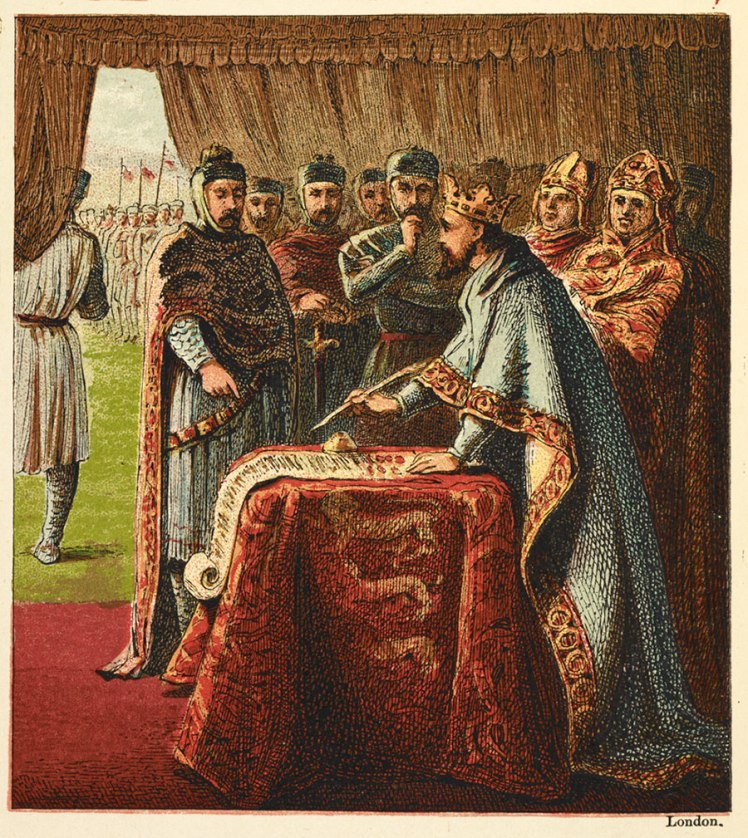 The French ambassador, Chatillon, arrives in the court to tell King John that the King of France wants John to surrender his crown to his young nephew, young Arthur Plantagenet, or else face a war with France. John is happy to take up the challenge, but is reminded by his mother, Queen Eleanor, that if he had listened to her advice, he wouldn’t be in this position. The King reasserts his right to the throne. Before they have a chance to settle the matter, two brothers enter, asking the King to settle a dispute – the younger son of Faulconbridge has declared himself the only true heir of their father, claiming that Philip is a bastard and a son of King Richard I, conceived while their father was away.

The Bastard agrees to take the name Plantagenet; he is knighted. The younger son may have won the dispute, but the Bastard has certainly pulled the longer straw – he is to go with the King and Queen Eleanor to France.

In Angiers, the two rivaling armies meet outside the city gates. The citizens of Angiers are refusing to let them in – they are loyal to the King of England, but it’s up to the two sides to decide between themselves who the King of England is. Denied entry twice, King John and King Phillip of France decide to join forces and attack the city. The citizen of Angiers however offers a solution – the Dauphin of France must marry Lady Blanche, niece of King John, to ensure peace. All parties agree, and the two young people go off to be married.

Lady Constance rages against King Phillip and his allies for abandoning Arthur’s cause, calling them traitors and cowards. While she’s ranting Cardinal Pandulph, a Papal legate, comes to see King John; he must accept the Pope’s candidate as the Archbishop of Canterbury or face excommunication. In a true spirit of the Brexit, he chooses the excommunication, even if it means breaking the newly formed alliance with France. King Phillip finds John’s defiance of the Pope blasphemous, and goes to war against him. 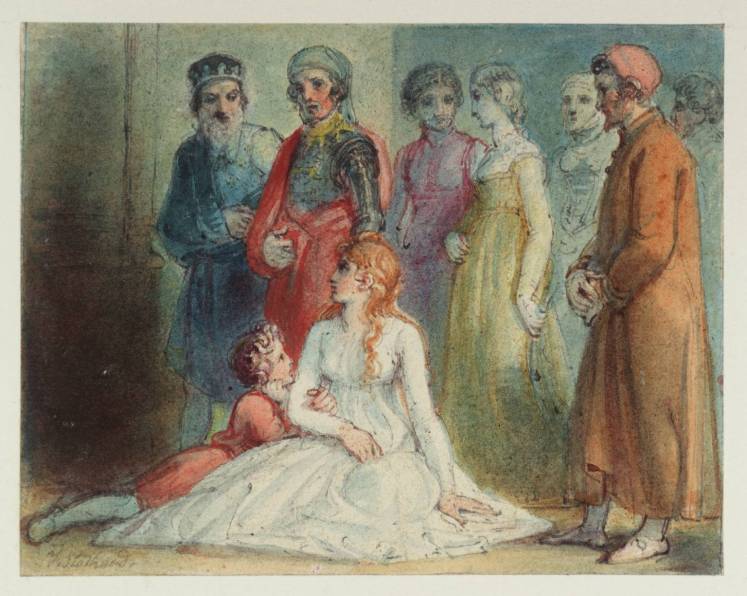 In the battle commences, the Bastard kills the Duke of Austria (having earlier called him coward), and young Arthur is captured. King John tasks Hubert De Burgh with the killing of him:

King John:
Do not I know thou wouldst?
Good Hubert, Hubert, Hubert, throw thine eye
On yon young boy: I’ll tell thee what, my friend,
He is a very serpent in my way;
And whereso’er this foot of mine doth tread,
He lies before me: dost thou understand me?
Thou art his keeper.

Hubert:
And I’ll keep him so,
That he shall not offend your majesty.

Hubert:
He shall not live.

The French side is losing, but in their camp the Cardinal persuades the Dauphin to carry on fighting, and to seek the English throne for himself.

Hubert goes to kill Arthur, but cannot quite bring himself to do it. In the court, we learn that the King has been gilding the lily, or something to that effect. His courtiers Salisbury and Pembroke disapprove such ostentation.

Therefore, to be possess’d with double pomp,
To guard a title that was rich before,
To gild refined gold, to paint the lily,
To throw a perfume on the violet,
To smooth the ice, or add another hue
Unto the rainbow, or with taper-light
To seek the beauteous eye of heaven to garnish,
Is wasteful and ridiculous excess.

Hubert arrives and tells that Arthur is dead. The King then receives news – the Dauphin has raised an army and been devastatingly victorious in battle. Both Queen Eleanor and Constance are dead. Rumours are circulating; Hubert brings one Pomfret to the court and he predicts that the King will “on the Ascension day at noon deliver up his crown”. The King is blamed for Arthur’s death and there’s a sense that everything is happening because of Arthur’s death; the King wants to distance himself from his order to have him killed. Hubert tells him that he could not kill a child and that he is alive.

Elsewhere, Arthur has decided to leave captivity. He jumps from the tower he’s being kept, and dies.

O me! my uncle’s spirit is in these stones:
Heaven take my soul, and England keep my bones!

His body is found by Salisbury, Pembroke and Bigot, who have come to find his remains. They immediately think murder. Hubert and the Bastard both arrive; the lords think Hubert has killed Arthur, but the Bastard stands up for him when he claims he left the child alive and well. Salisbury etc, disillusioned, go to join the Dauphin. The Bastard is exasperated by the whole madness.

The Ascension Day has arrived, and the King has yielded to the Pope; he gives his crown to the Cardinal, and remembers the prophecy, noting that is has indeed come true. 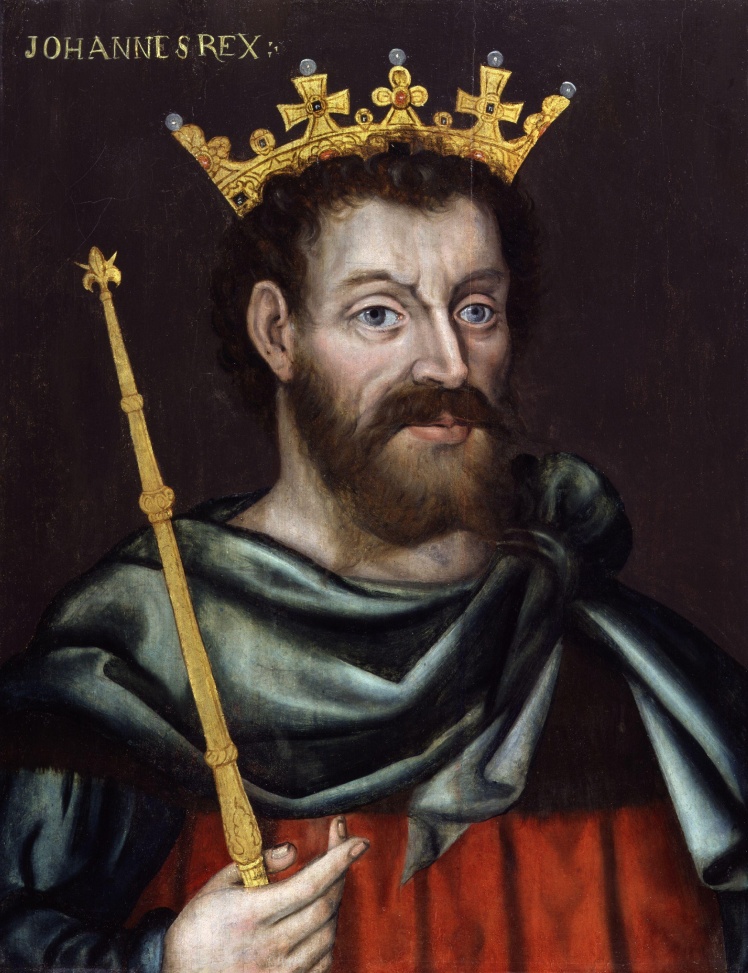 The Cardinal fails in his task to call off the Dauphin, as does the Bastard, and the war rages on. On the battlefield, the King is sick and weak. News come that the reinforcements expected by the Dauphin have been shipwrecked. The King feels himself too weak to enjoy these news.

In the French camp Count Melun tells Salisbury etc that if the Daupin is victorious, they will be executed, and tells them to go back to King John, beg for his forgiveness now before it’s too late for them. They go. Hubert and the Bastard meet, and each has some bad news – Hubert tells that the King has been poisoned by a crazy Monk; the Bastard tells that half of the English troops have been drowned by the rising tide at The Wash.

The English gather in the Swinstead Abbey, where the King dies. After his death, news come that the Dauphin is on his way to come and make peace. 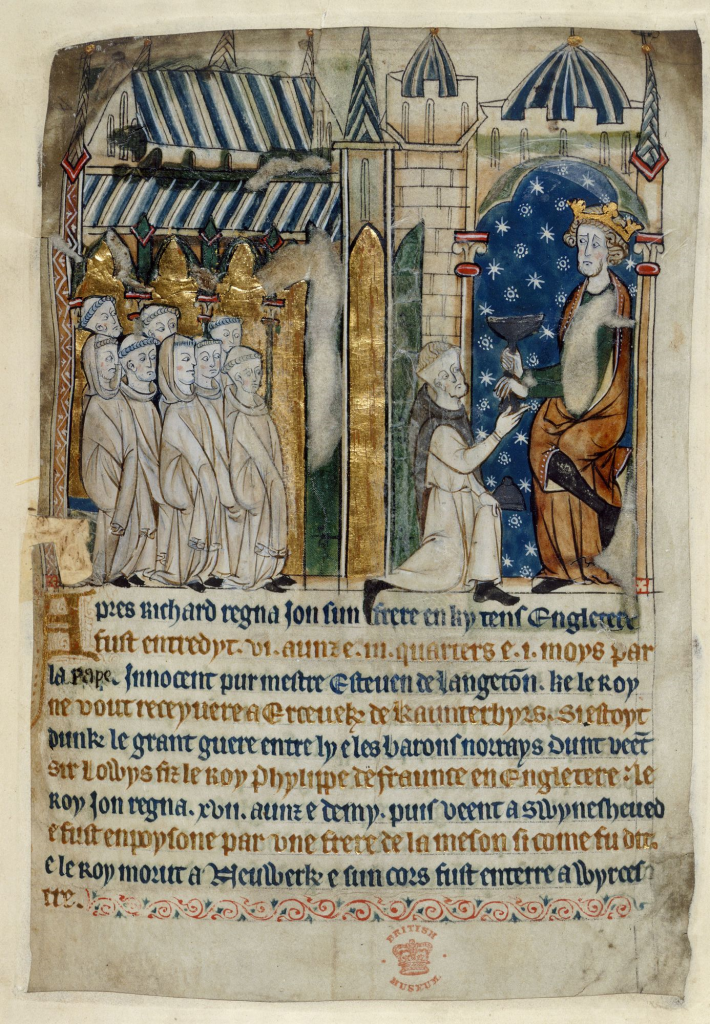 I have no idea what this play is about, truth to be told. The theme of the King’s lack of warrant (and his awareness of it) is not strong enough to carry the play, nor is his ruthlessness in defending his crown. He comes across as a weak ruler who is full of defiance and bravado, as the episode with the legate shows, but who is not quite convinced by his own power to follow through. There is something half-arsed about him – he orders Hubert to kill young Arthur, but shows neither the horror of Bolingbroke when Exton kills Richard II on his behalf, nor any of the glee and remorse of Richard III when he kills Henry VI or the young princes. He is merely somewhat relieved that Hubert has failed to follow through with the deed. His death is not particularly haunting; it brings neither horror nor revelation. The rest of the characters are no less baffling. The Bastard gets caught up in all of this by accident (of birth and otherwise); he is shown as both loyal to the King and able to see his faults; he and Hubert are pretty much interchangeable as characters. The women get very little screen time; Eleanor is shown as a mother supporting a son she knows is not entitled to the position he has elevated himself into. Constance is more complicated – what drives her? Morality and love of justice? Love for her son and genuine belief in his cause? Hunger for power? The events overtake before we have a chance to find out, and we are never told neither the circumstances of her death nor whether she thought her son dead.

Without the baronial revolt that lead to the King being forced to sign the Magna Carta, it is not easy to see why Shakespeare would bother to write this particular play, in this particular way, to be honest. Though there is a good deal of political machinations, shown in a cynical light, the events always seem to be overtaken by some external force in a way that makes them unsatisfying – Arthur dies not by murder but by accident he brings to himself, the King is poisoned by a Monk unseen and presumably unrelated to the main events, the troops are destroyed by the sea, and as a final blow, the Dauphin comes to seek peace with the King only after he is dead.

The Bastard says that half the English troops were killed by rising tide at The Wash. While this is invented, there is a real legend connecting King John to The Wash, an estuary at the border of Norfolk and Lincolnshire. On his way from Spalding to Bishop’s Lynn the King fell ill and decided to go back; he took himself a longer route, but sent his baggage trail back along a causeway across a part of The Wash, only usable during the low tide. The carriages moved too slowly, and were drowned by the incoming tide. Among the things that were lost in this event were the crown jewels, which have never been found.

This play is famous for couple of expressions – gilding the lily, which is a misquote, and playing fast and loose, which was actually not coined by Shakespeare. There are some decent lines in this play, but following Romeo and Juliet and Midsummer Night’s Dream, this is textually pretty unexciting. But if a favourite bit must be chosen, then I’ll go with the Bastard’s closing speech:

O, let us pay the time but needful woe,
Since it hath been beforehand with our griefs.
This England never did, nor never shall,
Lie at the proud foot of a conqueror,
But when it first did help to wound itself.
Now these her princes are come home again,
Come the three corners of the world in arms,
And we shall shock them. Nought shall make us rue,
If England to itself do rest but true.

Honourable mention to the bit where the Bastard calls Austria a coward:

Austria:
O, that a man should speak those words to me!

Bastard:
And hang a calf’s-skin on those recreant limbs.

Austria:
Thou darest not say so, villain, for thy life.

Bastard:
And hang a calf’s-skin on those recreant limbs.

The Bastard, who feels often like the main character, the one the audience is meant to identify with. Honourable mention to Queen Eleanor, Eleanor of Aquitaine – the great survivor, wife of Louis VII of France and Henry II of England, mother of two kings (including Richard Lionheart) and two queens, a crusader, regent of England, soldier, patron of arts and chivalry, a legendary beauty and generally one of the greatest, most influential people of medieval Europe. 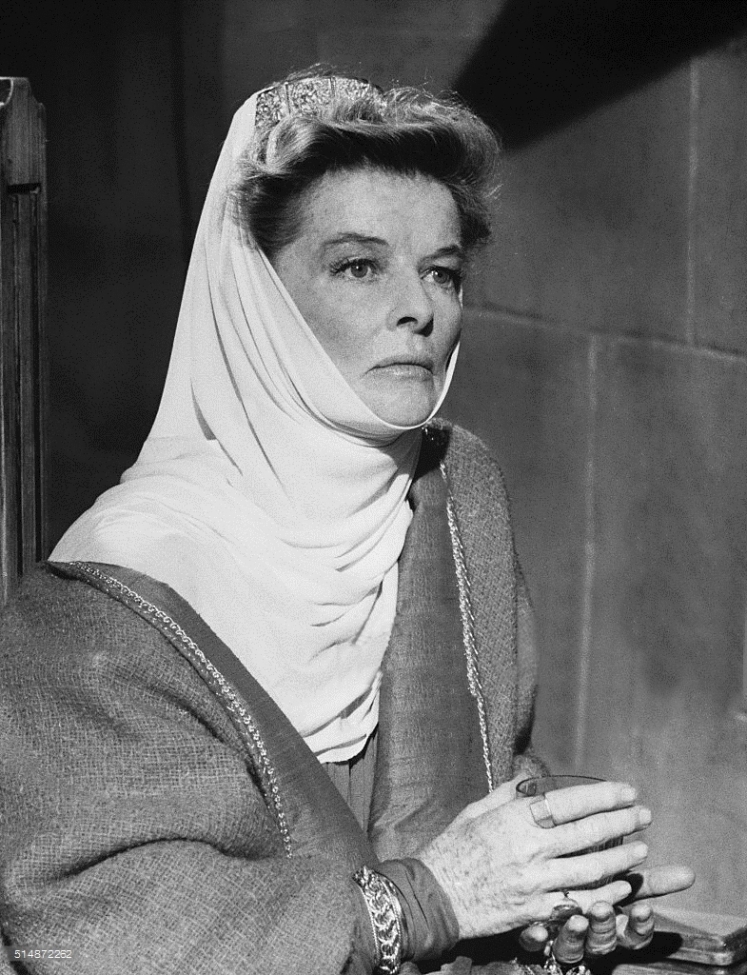 None. I was traveling to Finland this week and didn’t have time to watch the BBC Television Shakespeare version I had with me.