It just so happens that this summer I’m going to the opera a lot. I’m pretty much seeing every other thing they have on – I have a Nabucco ticket for Saturday next week, and both Werther and Il Trovatore coming up in July. Last Saturday, all dressed up in my fancy new silver loafers, I trekked to Covent Garden to see Enescu’s Oedipe – a little know, rarely performed work by a composer few people have heard of, and whose output was not particularly numerous. Oedipe is his only opera, and until now had never been performed in the UK. I had bought the ticket, I confess, because Sarah Connolly was in the cast – beyond that, I had no expectations of what I’d be hearing. Enescu started working on Oedipe in 1910 – other operas from around that time include works as varied in style as Rosenkavalier, La fanciulla del West and Bartok’s Bluebeard’s Castle – and didn’t finish it until 1931. Over that period classical music was progressing through a sort of no man’s land between the romantic 19th century, and the modernism brought by the 20th. As we were filing out of the auditorium, the pianist Eugene Asti was walking behind me – he described Oedipe’s music as “sort of post-Wagnerian”, and I find that a reliable assessment. The orchestration is big (though it doesn’t have quite the Wagnerian “thickness”) and like in many post-Wagnerian, non-Italian operas, there are no tunes, as a friend of mine would say. 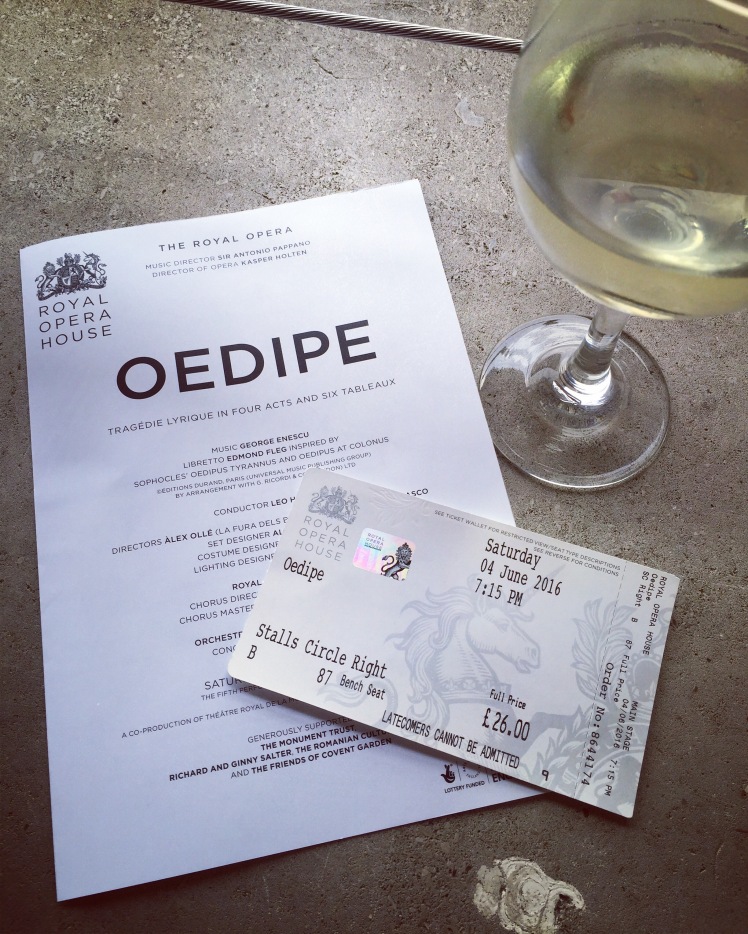 The music of seems to divide opinions; I read few reviews full of praise, while others noted that it seems to lack any particular qualities, to often be unremarkable, and I tend to agree with the latter. My favourite moment before the interval was the sharp, dramatic warning in the music just as Oedipe is about to unwittingly kill his father; it’s a very brief but thrilling passage.

The performance I saw was the second last in the run, and the weight of the previous performances was audible in the voices of some of the singers; Johan Reuter in the title role sounded uneven and occasionally shouty, and Marie-Nicole Lemieux (whom I had really looked forward to hearing) also sounded a bit tired. John Tomlinson, who couple months ago sang in the ROH Boris Godunov, is still a force of nature on the stage, but rather dry in voice. Sarah Connolly as Jocaste I couldn’t fault – she was vocally consistent, emotionally convincing, and looked glorious in all three of her costumes. The smaller parts (and there are a lot of them) were equally well sung.

But the real pièce de résistance here was the production itself, by the Catalan alternative theatre company La Fura dels Baus, known for their grand scale, dramatic works regularly  utilising acrobatics, special effects, sets of huge scale, and often futuristic, surreal designs (their Fliegende Holländer appears to have used a cross cut of a life-size container ship, while their Magic Flute was all about giant, inflatable plastic mattresses). This production opens with what must have been the most stunning thing I have ever seen on stage: 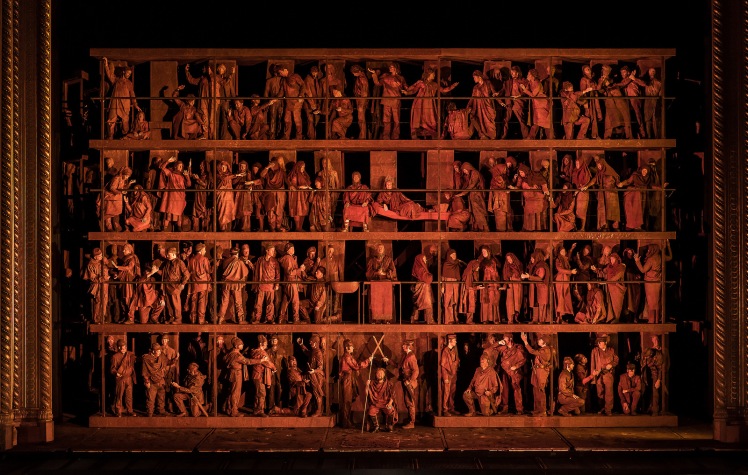 The curtain rises to reveal this darkly lit, red clay frieze, like a pagan version of a Gothic reredos altar wall – it is an astonishing, primal sight, evoking something from the dawn of time, birth of myth itself. The story then moves through time, from post WWII to post nuclear disaster, before returning to this red clay world as Oedipe finds his absolution and passes on, rain falling on his face to wash the clay away before he enters the afterlife. This red clay is his theme, his mark – after he has vanquished the Sphinx and won Jocaste, he touches her face leaving red mark on it; fatally “contaminating” her with his own doom. It perhaps isn’t subtle, but it is satisfying. This is in so many ways a production that elevates the music, makes extraordinary out of something that is, just perhaps, forgettable in itself. 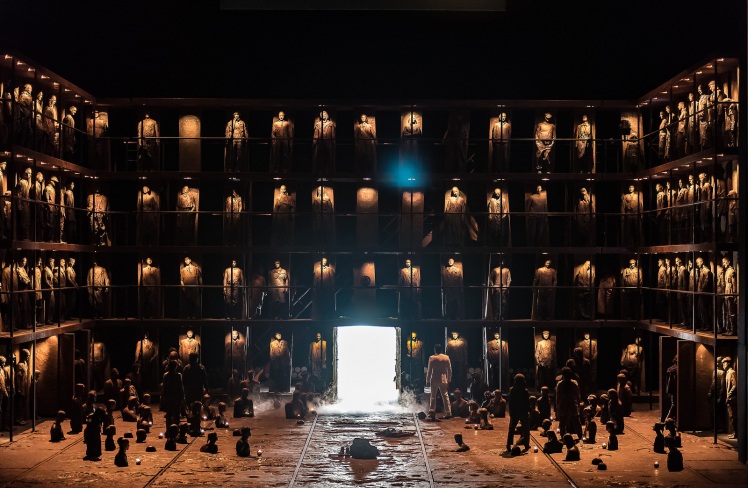 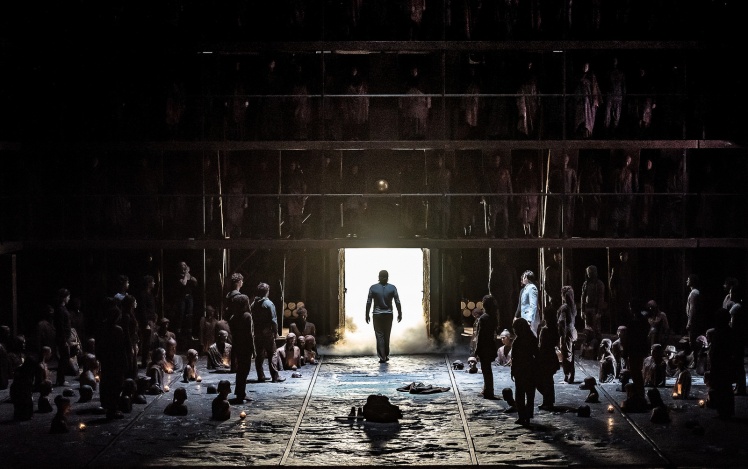 As an unfitting postscript, the silver shoes gave me a horrible blister as I ran through the London underground to catch the last train back to Oxford. Getting to Paddington from Covent Garden requires two train changes, and I was delighted to spot the conductor Esa-Pekka Salonen at the tube platform, catching a train like us mere mortals.

The ROH run of Enescu’s Oedipe ended yesterday. This production has been previously staged at La Monnaie in Brussels. Production photos by Clive Barda for the Royal Opera.

One thought on “My mad summer of opera, Part 1: Oedipe”